Wetware & the Twice As Good EP are now also available via eMusic. This is the music download service we use ourselves – it’s all independent stuff, no DRM, good quality MP3 files. If you’re looking to download our stuff, this is a good place.

We also spent most of last week in the studio preparing some other stuff. More info on that coming up shortly…

The first download site to  offer the Wetware album and the Twice As Good EP is Napster! If you’ve got a Napster account already, go get them today… Within the next few weeks they will also be available on other download sites such as eMusic and iTunes as well, so if you use one of those sites, wait for that.

The gug_ru LiveJournal community has a list of places where you can find recent CX pics. I want to post some more here, but until then check out this list.

Rodney (accompanied by CX live mixer Bob & merchandising person Cathryn) is in the video for the new Pet Shop Boys single Integral! You have to watch carefully, but you’ll see him flicker past near the end. Here’s a still from it: 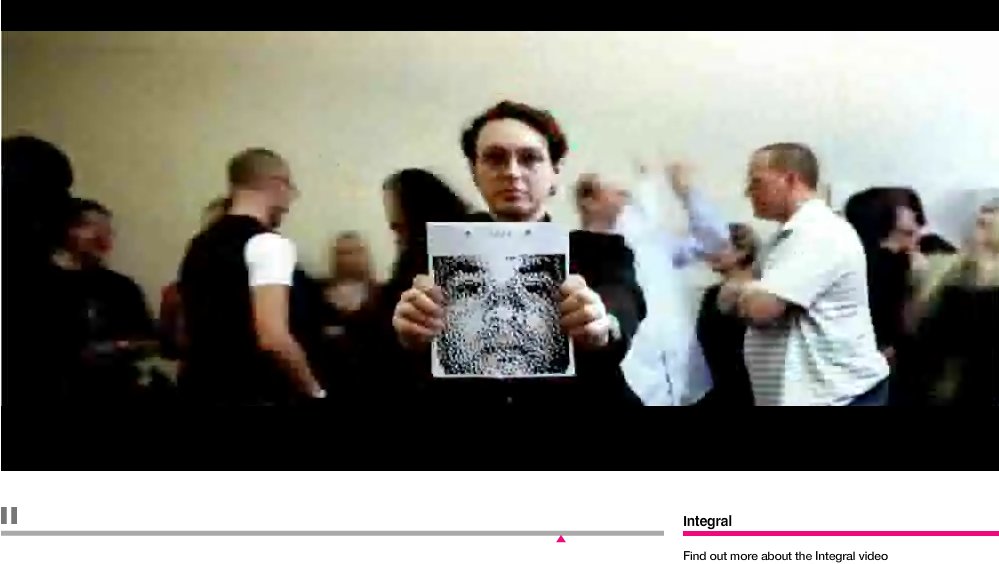 There’s one more band to go. The headliners are due on stage any minute. Suddenly, a backdrop of LEDs blazes into life, as if someone’s tapped a vein of raw electricity. Shadowy figures take up instruments. This is Cassandra Complex, a band with a convoluted past that goes back to the 80s in the UK, and a slightly more recent status as alternative rock heroes in Germany. Like many bands with a lengthy history, Cassandra Complex have gone through many line-up changes and periods of not-doing-much, or only-doing-stuff-in-the-Continenal-scene, to the point where the band’s UK profile has in recent years barely risen above earthworm level. Significantly, while several Cassandra Complex pages exist in various international editions of Wikipedia, the English-language entry is brief, basic – and written in the past tense. Here at the WGT, however, the band members – the original line-up, no less – are hailed as conquering heroes as they emerge from the shadows, with main man Rodney Orpheus recieving his own ovation. And it doesn’t let up from that point forward. The band crank it like good ‘uns, kicking up a driving, thunderous, rhythmic onslaught that sweeps all before it. Curiously, given that in certain quarters Cassandra Complex are hailed as pioneers of EBM, it’s unashamedly guitar-driven music (just in case we haven’t twigged, the guitarist demonstrates a fine repertoire of plank-hero postures throughout the set) that tips its hat to ye olde rock ‘n’ roll even as it eats the big dancefloor beat. Rodney Orpheus himself is obviously revelling in the experience – fronting a pounding behemoth of a band, before a crowd of cheering fans – well, it’s better than a poke in the eye with a sharp stick, innit? Unashamedly milking the adulation, he strikes messiah poses that would seem downright Spinal Tap-ish were it not for the big grin on his face. He even indulges in some quality crowd surfing, trusting the fans to bear him off into the hinterland of the audience and then return him stagewards just in time for the chorus. It all fits, and it all works: the celebratory atmosphere, the ever-shifting LED array strobing over everything, and the beat that just doesn’t quit – if ever there was a situation where all the threads are pulled together into a glorious whole, we’re witnessing it now.

Until September 30 you can get a discount of 2 GBP (British pounds) off any item in our Custom Store. Just follow the link and use the code: KJWHRQE2YV0O

Yes, everyone’s favourite guitarist, Mr. Andy Booth recently got featured in The Times of London. Andy talks about his life as a lawyer and about the CX reunion. Check it out! (And big thanks for Davina for the pic)

We’ve had success with our eBay store in the past couple of months so we’ve decided to extend things a little and open a new custom on-demand store as well. So far we’ve got some nice CX2K, Wetware and Sex & Death themed items up there that we think you might like. Go have a look, and if you like something, please buy it – it’s your money that keeps us going!

If you don’t see what you’re looking for there, leave a comment to this post or mail us and we’ll try to add some new items as time goes on.

Note that at the moment we can only supply custom items in Europe! If you’re not in Europe, do check out our eBay store, we mail worldwide from there.

We’ve just posted a couple of rare tracks to our MySpace player:

Both songs are available on the Twice As Good CD single.

Volker just joined the 21st century and got a MySpace page. If you use MySpace, go friend him and say hello.

Personally I hate MySpace: I dislike the layout, I dislike the way it keeps lagging out, and most of all I dislike the people who own it – the very right-wing News Corporation, who also run Fox News in America, and pump out propaganda for the Bush administration. On the other hand, it’s important that we have a presence there in order to get our message out. It still makes me a little uncomfortable though.