Wetware is now available on iTunes! Just the thing for Yule listening if you haven’t got it already.

We just added a new page of album reviews to the site – there are a couple of Wetware reviews up there now. If you know of any other reviews we can reprint, do let us know!

I’ve just uploaded a little video Paul shot on stage at Sao Paulo. It’s us doing One Millionth Happy Customer during the encore – first time we’d played it in a very long time. Well, we rehearsed it earlier that day in the soundcheck, but we’d never even rehearsed it until that day…

Nice review of the Machina festival at Projeto D.Monia. Roughly translated it says:

Finally the long-awaited band Cassandra Complex entered the stage, producing a strong show in a perfect mixture between rock and electronics with a lot of guitars and synth sounds. The performance of singer Rodney Orpheus was memorable as he celebrated with the fans, dancing, playing on the floor, singing a crossover between post-punk and EBM with songs like “Moscow, Idaho”, “War against sleep”, “One Millionth Happy Customer,” “(In Search of) Penny Century,” “Second Shot”, “VALIS” among others. A show that mixed extreme professionalism, charisma and fun. Machinery and emotion to the umpteenth power. A memorable moment for all those who have listened to the tracks in years past … It would be unfair to define a band like Cassandra Complex by way of other artists but imagine Bauhaus meets Krautrock alive and kicking. Excellent, a memorable show. 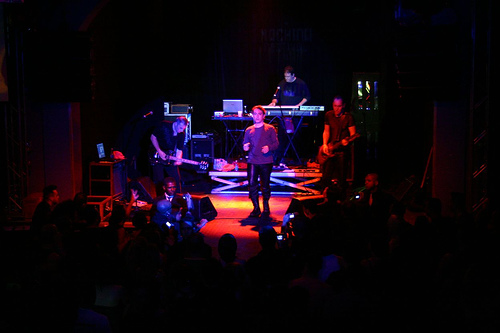 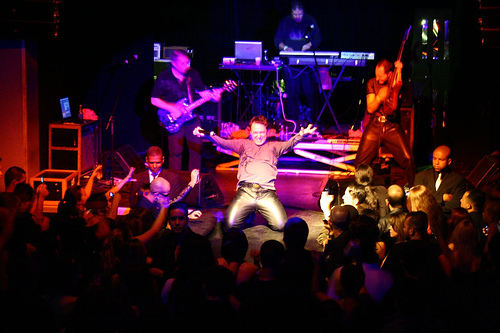 Volker has put up some pics from Sao Paulo on his MySpace page.

Someone’s put up a YouTube video of us doing Second Shot at the Sao Paulo show. Not great quality, but worth seeing. What a great show that was! More pics and videos coming later…