The live Festival of Darkness album, first broadcast on German radio in 1990, has now been released as a high quality download via our Bandcamp site. This is currently only available to fan club members, so if you want to get it, sign up now! This album will not be available via other streaming services, it’s strictly a fan club exclusive.

For a limited time when you sign up you will also get the Hello America album for free, as well as have all of our forthcoming releases automatically sent to you. This will include Rodney’s solo album Places Beginning with N which will be released next month, and The Cassandra Complex All the Things live album the month after that.

You get all of that for 5 bucks a month, and you will also get the satisfaction of knowing you are supporting us in our work – and you might get some more special goodies as well.

We have now set up a Bandcamp page so you can download our remastered records in the absolute best quality possible. Also by buying our records via Bandcamp we earn much more than we do via streaming services.

If you are a real Cassandra Complex “superfan” we have something very special for you: we have also just set up a “backstage” area on Bandcamp that is only accessible to subscribers. All you have to do to get backstage access is to subscribe to our Bandcamp page for 5 bucks a month. If you do that you will immediately get a free download of one of our records, plus free access to all new releases, and special tracks that won’t be available to the general public! And you’ll get some other special stuff that we aren’t announcing yet 😉

Subscribing to our Backstage area also really helps us – so if you love The Cassandra Complex and want to have more music from us, please subscribe now! 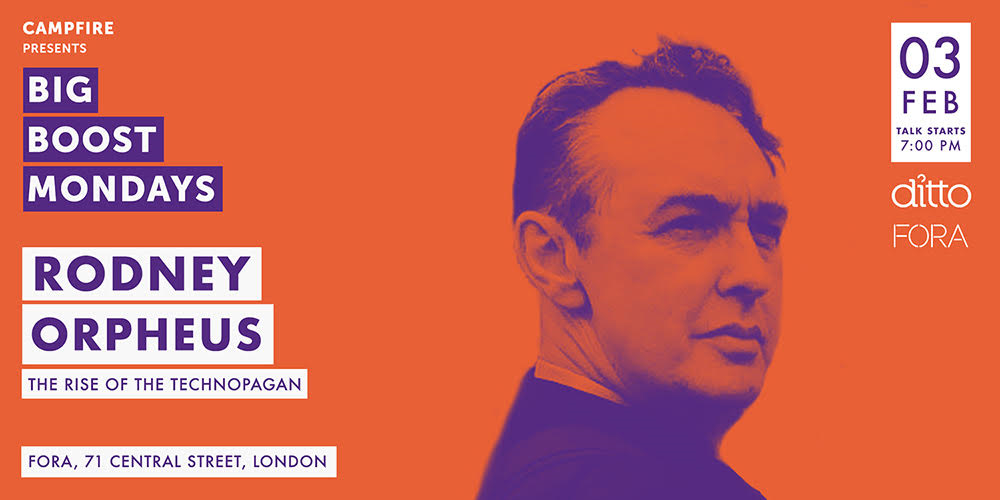 Join Rodney as he shares stories from his distinguished music career – his fascination with spirituality, cyberpunk innovation, forming The Cassandra Complex band in the 80’s to his ever-evolving industrial, goth rock and synth-pop style. He will also discuss the inspiration behind critically acclaimed voudou inspired album Sun God.

This is a completely remastered version of this magical album based on voudou themes, and is a must-listen for all fans of The Cassandra Complex!

Available now on Spotify, Apple Music, Amazon, and all other major digital streaming and download sites.

Full credits and lyrics can be found on the Sun God page on Rodney’s website.

20 years ago (has it really been that long?) influential goth-electro-industrial-cyberpunk band The Cassandra Complex released Wetware. Now it is finally being made available again in fully remastered and resequenced versions, spread over three releases.

The songs were originally written in 1999 in Los Angeles and Hamburg, and were seen by the band as the culmination of the work they had been doing in the previous 15 years of near-constant recording and touring.

“From the moment I started The Cassandra Complex we had basically never stopped working on music – when we weren’t touring we were in our studio in Hamburg doing production and remix work for other European alternative bands. I literally lived in our studio.” says the band’s lead singer and producer Rodney Orpheus. “We had gotten fairly burnt out by that stage which left us wondering where to go next.”

With the band lineup down to just Rodney and guitarist Volker Zacharias, Rodney was offered a job with music software company Steinberg in Los Angeles, and things looked bleak for the band’s future.

“Getting out to LA forced me to look at our past from a new perspective. I started listening to our older records in order to rediscover what had made them so good in the first place. I had also been doing some work with Kraftwerk, which got me involved with their interest in the Man Machine interface. I realised that was something also intrinsic to what we were doing with The Cassandra Complex – the synergy between very rigorous and computerised rhythms and human improvisation and emotion. That got me thinking about computer systems, where you have Hardware, which is the chips in the machine; Software, which is the information running on it; and Wetware, which is the biological operator controlling and directing the whole thing i.e. us. That became the working basis and title for what we wanted to do next.”

Working on the record meant frequent trips back to Hamburg where Rodney and Volker would feverishly work on finishing songs in the limited time they had together. The final mix was then completed back in LA.

For this new version, not only has the recording been fully remastered, it’s now being presented in three linked releases.

First up was the 3 track Twice As Good EP on November 22, featuring legendary electronic acts Front 242 and Apoptygma Berzerk, who were now both called in to do remixes.

“I’ve long been an admirer of Stephan (Groth) of Apop and his ability to combine rock and dance elements in a song,” says Rodney “I am also a huge fan of the guys from F242. This seemed like the perfect opportunity to work with them.”

December saw the release of the other songs from Wetware split into two parts: Hardware and Software.

Rodney explains: “When we were originally working on Wetware we ended up writing so many great songs that we couldn’t fit them all into one 70 minute CD, so we had to leave some songs off. When it came time to remaster it for streaming I realised that I could now add in the missing stuff, and split the whole thing into two albums instead. So now Hardware contains the harder, faster, more in-your-face songs, while Software contains the longer, slower, more psychedelic pieces. Listening to each one individually is a much more coherent experience – it’s the two halves that make up the totality of The Cassandra Complex.”

Rodney explains what Wonderworld is about…

WonderWorld is a song about the English Midlands town of Corby. For most of the 20th century it was a classic British industrial town, built around a thriving steelworks, until Conservative Party government policies shut it down, leaving the town with no money and a huge unemployment problem. Then some corporate businessmen came along and promised to rebuild the town based around a gigantic theme park called WonderWorld. They received millions of pounds of funding, got given an enormous plot of land, and told everyone it was going to be the British version of Disneyland.

There were due to be 13 “worlds” including Story Village for children, Computer Park which allowed visitors to see the latest technology and Safety Place which was a bizarrely-themed world featuring safe play.

There was Energy World, which was described as an Omnimax Cinema and Air Space, which gave people the chance to experience the latest space technology.

Of course we realised that this was a gigantic con, but the local council didn’t, and they kept the project going until 1990, even though no work was ever done – 4 years after we released this song! The only thing they ever built was a big sign in front of a huge empty field, and a (fake) hut for the workmen who never came. They spent years telling everyone what an incredible new exciting thing this was going to be, but instead just stole what little money the working people had left and built nothing at all.

We thought this was a perfect metaphor for Britain under the Thatcher government, and so the song Wonderworld came about.

Ironically our song is now the only thing left of the entire project for people to remember. 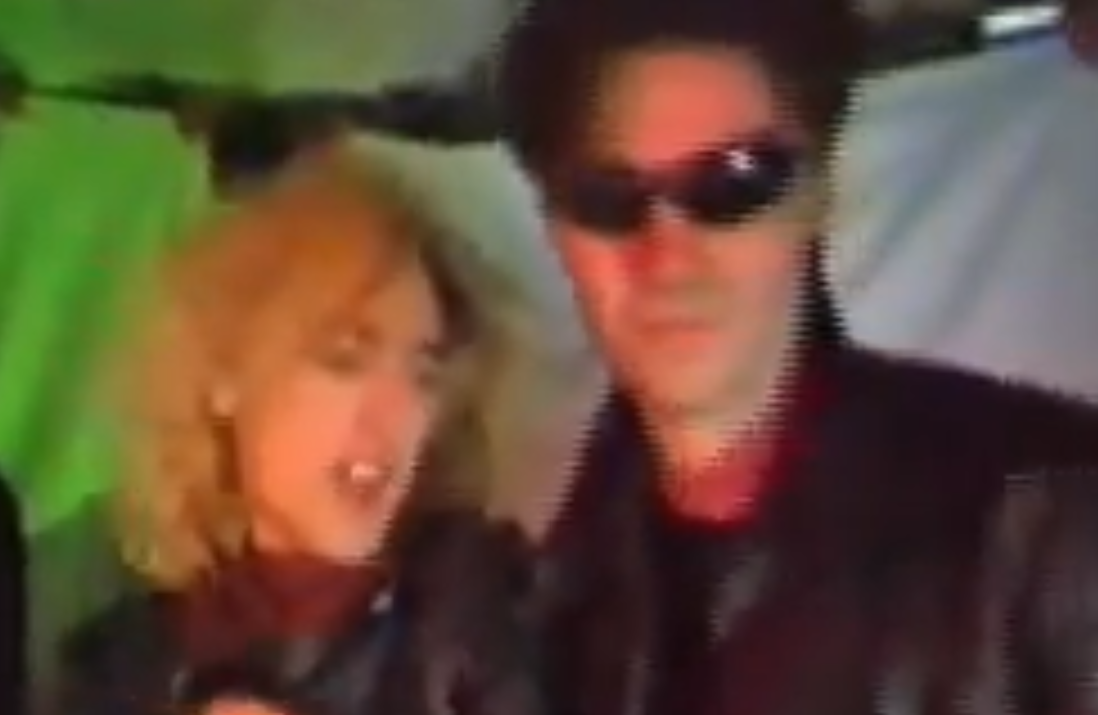 Since we have just released the newly remastered version of our first album Grenade, we thought it might be interesting for people to hear the background of how the record came about.

So let’s start with the first song: March.

Rodney: “This was the first song I ever wrote for The Cassandra Complex. I had just moved to Leeds, and had built a little studio in a spare room at my house at 4 Ashville Avenue in Leeds 6. One day while I was in there messing around with my EDP Wasp synthesiser and Spider sequencer I came up with the basic sequence that forms the backbone of the song. As it was playing I heard lots of men start shouting and chanting outside in the street. I looked out of the window and saw a huge crowd marching past with banners. It was a Right to Work march, where unemployed people were marching to London to protest about not having jobs.

I wanted to write something really simplistic and direct that expressed the shortsightedness of this working class mentality that couldn’t see or reach for anything more than going to work at a grinding job every day and then coming home and watching TV every evening. And that considered that to be “freedom”.

In the end, the song became something like an extended meditation on the nature of freedom itself, and what it meant to be “free” – and freedom from what?

I started singing the lyrics and playing guitar along with them. I knew instantly that I had hit upon the formula for what I wanted The Cassandra Complex to be: an intense, robotic rhythm track, powerful lyrics, and distorted guitar over the top. And that was the start…”

Many months later we recorded the first, very minimal version of the song and released it as our first 12″ EP on Complex Records. It got great reviews and sold quite well, but it still wasn’t as powerful as we wanted it to be. So when it came time to record Grenade we decided to take the opportunity to re-record it and throw everything we had into it. And that’s how it became the first song on the first album.

Thanks to François Zappa for this excellent interview