Here it is – please pass this around and get as many people as possible to the show! If you need a hi-res version for printing, just let us know. Click on the thumbnail to enlarge… 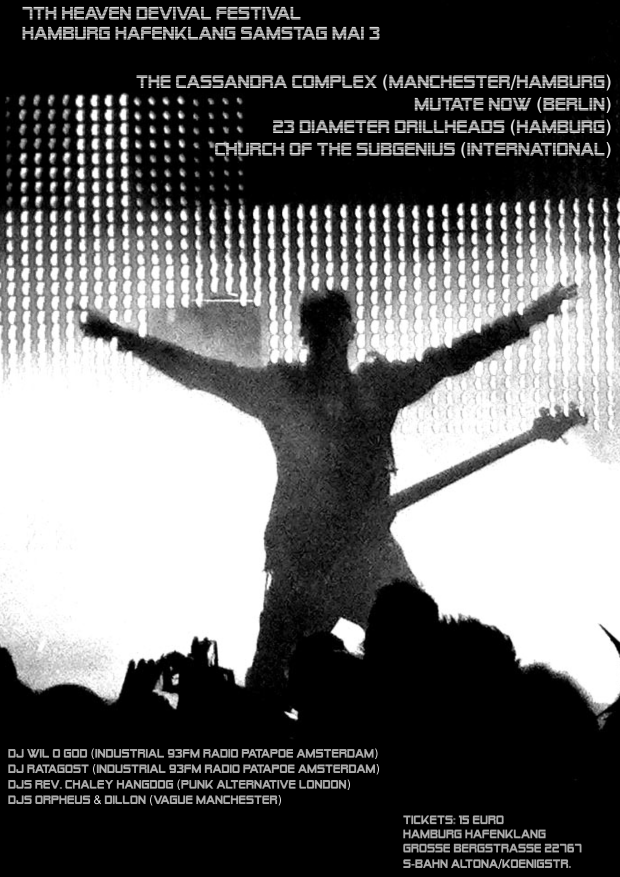 From the Manchester Evening News:

GUITAR-playing solicitor Andy Booth has been plucked by the British Academy of Composers and Songwriters and BBC Radio Two to advise up-and-coming artists on legal issues.

Andy, a partner at Manchester firm Turner Parkinson and guitarist with the 1980s band The Cassandra Complex, who recently re-formed to tour Germany and Brazil, is advising hopefuls in a nationwide search for unsigned talented songwriters.

He is providing advice on publishing and recording contracts to finalists in the BBC Radio Two New Songwriters’ Academy.

Andy, whose clients include Ian Brown and The Coral, said: “This academy is attempting not only to uncover new talent but also to advise up-and-coming musicians on how to avoid the pitfalls inherent in the music industry.

“I’m thrilled to have been selected and to be playing a part in discovering the level of talent that is out there.”